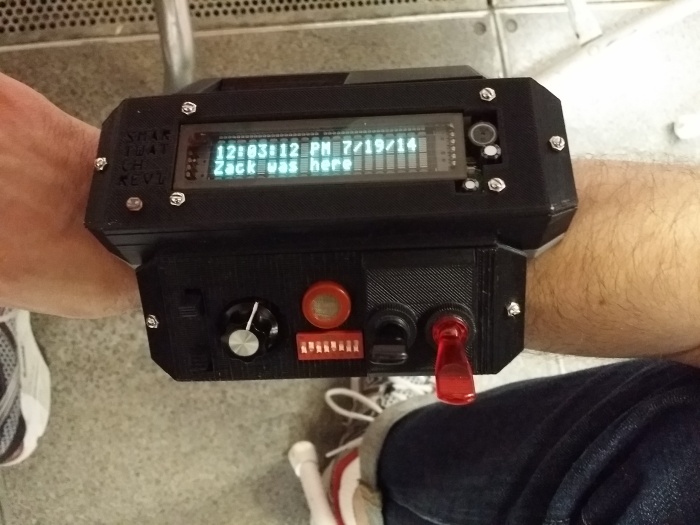 If you’ve met me in real life (or are visiting here from Hackaday) you’ve probably seen my SmarTwatCh. It’s 3D-printed, Arduino-based, has a breathalyzer, and is not subtle!

I built the SmarTwatCh to make a point about modern wearables – they’re too damn subtle. Why should smartwatches look like regular watches? Why should heads-up displays look like sunglasses? Cyborgs shouldn’t be afraid to step out of the closet and wear their tech on their sleeves. Literally.

Like any smartwatch, the SmarTwatCh has lots of high-tech features.

It has a laser: 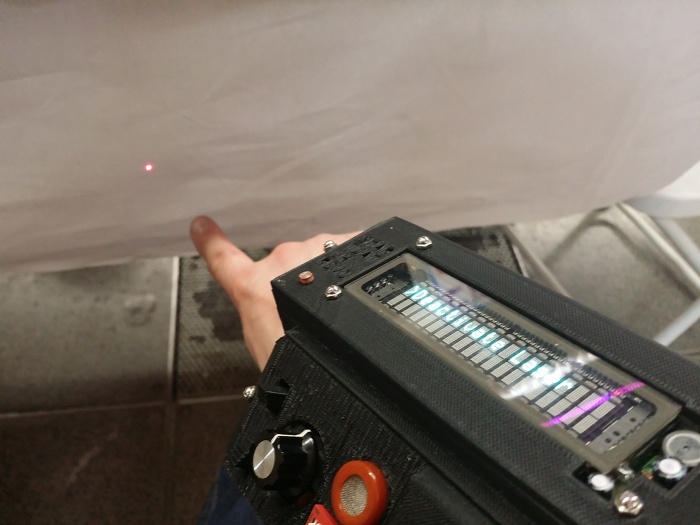 It’s got a flashlight:

It has a TV-B-Gone, which sends the “off” command for pretty much every television in North America, one after another: 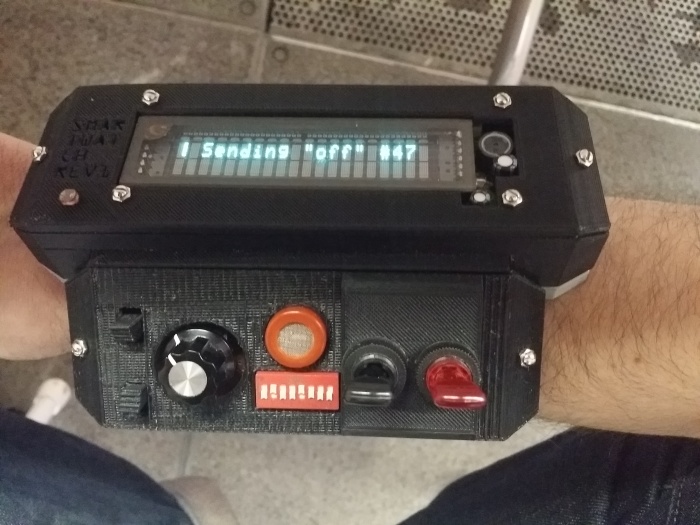 It has a functional breathalyzer (a big hit at parties and bars – the future is quantified drinking): 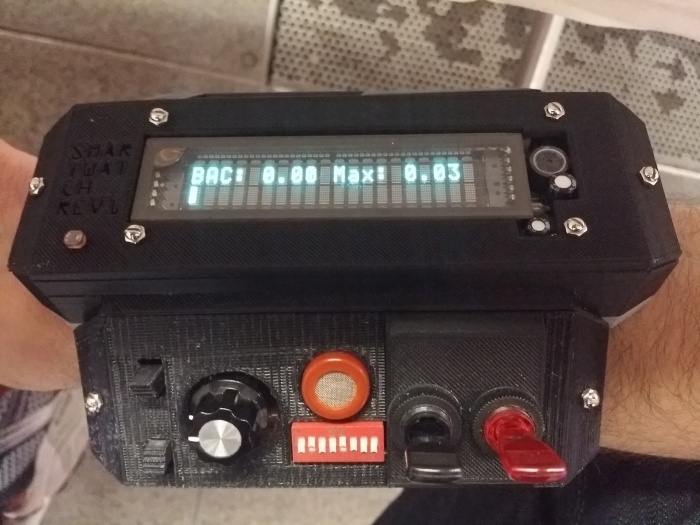 What wrist computer would be complete without showing your hit points? This one does Magic: The Gathering, the greatest card game of all time. 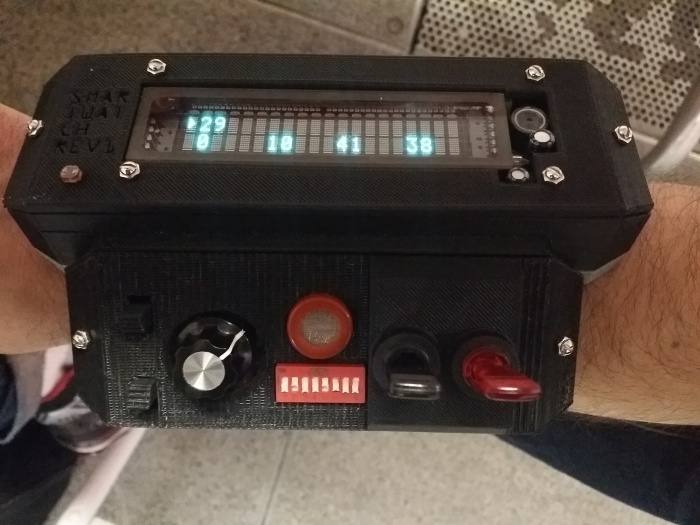 Of course, it tells the time and date. It even lets you set them on the device, which your Android Wear won’t do: 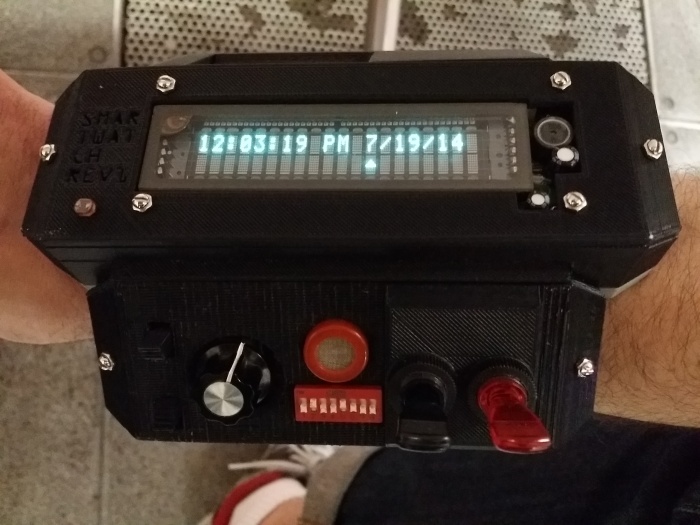 Here’s the control panel. The black buttons are shortcuts to the laser and flashlight that also have special functions in the apps. The knob selects stuff for apps. The red mesh thing is the breathalyzer sensor. The DIP switches look awesome, but I can’t figure out what to do with them. The black switch turns the display on, and the red switch selects clock mode or app mode. They’re panel-mount and they have ultra-snappy tactile feedback. 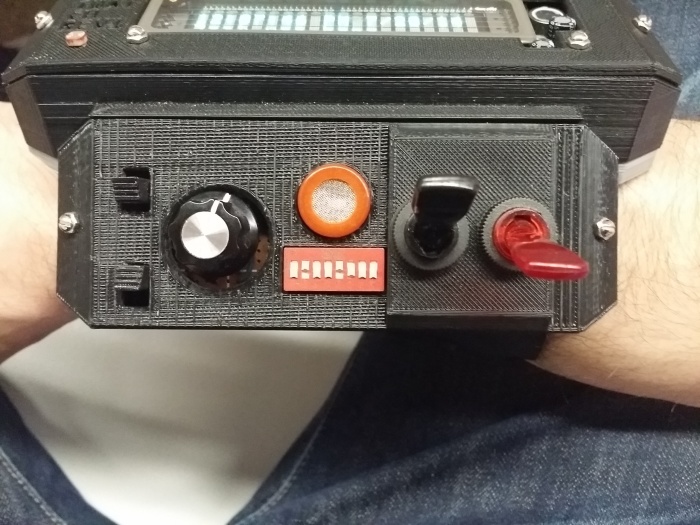 The back hatch flips open to reveal a stash box and direct access to the battery. The battery is an 800mAh LiPo that runs through a charge controller and boost salvaged from a USB battery charger. 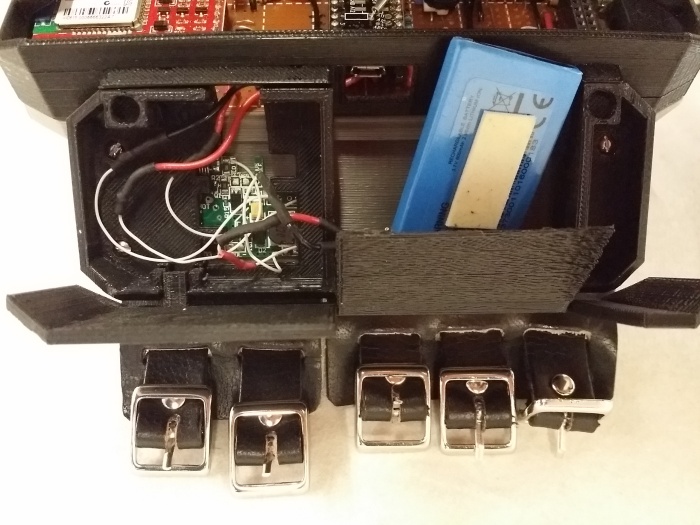 Taking off the front plate reveals the Noritake Itron 2×20 Hitachi-compatible VFD. It runs at 160V 60V and is an authentic glass vacuum unit, making it a hilariously dangerous choice for a wearable. I say it adds character. 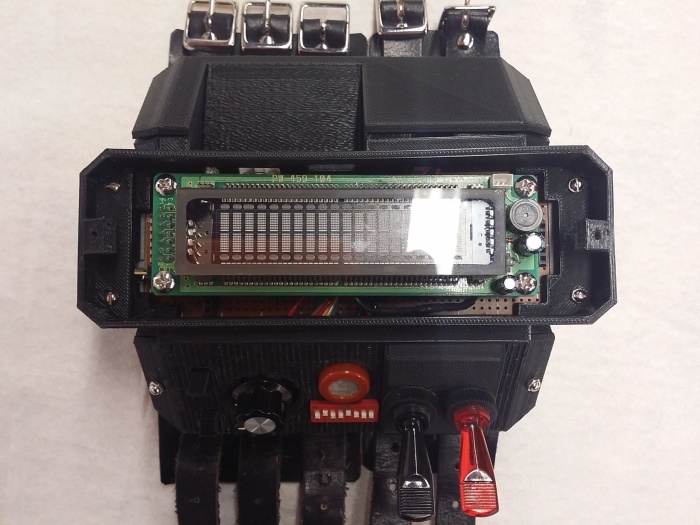 Beneath the VFD is the hand-soldered perfboarded circuit board. The brains are a Teensy 3.0 Arduino-compatible, with a RN-41 for future Bluetooth stuff. MOSFET’s drive the laser, flashlight LED’s, and infrared LED’s. That pot calibrates the breathalyzer. The electronics of this project were totally improvised and sloppy and there’s barely enough room to fit a single discrete. 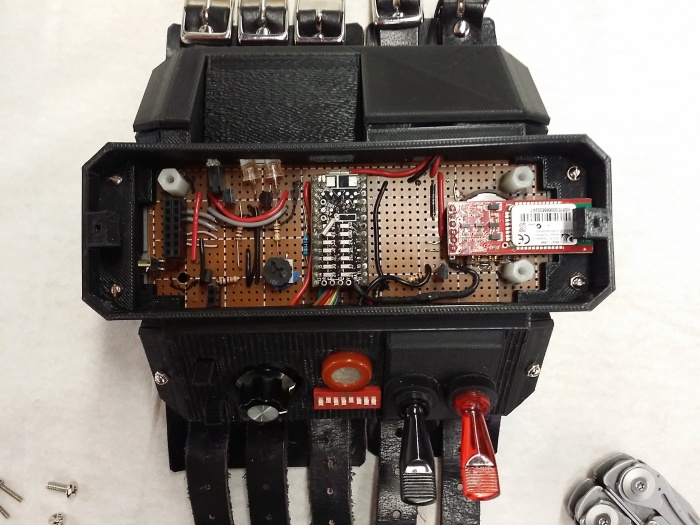 The case was printed on my Replicator 2 at low quality with PLA. It’s a great conversation piece to tell people about the magic of rapid automated manufacturing. It also looks pretty sweet. 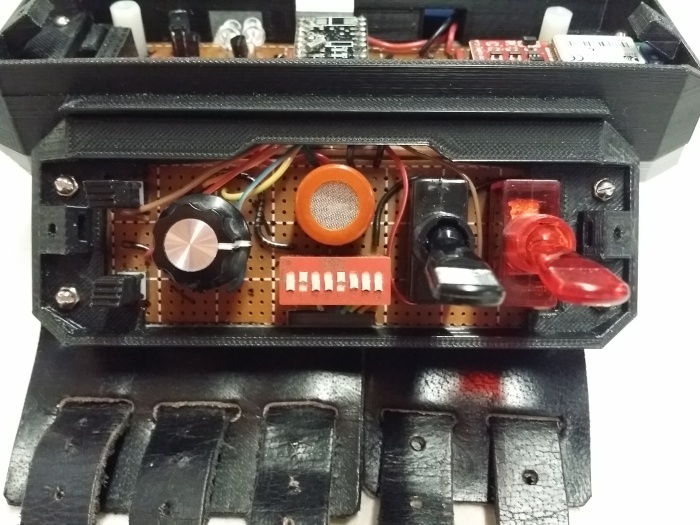 I’ll put the sketch and models online soon, though they won’t do much without my hacked-together circuit. What’s the the future of the project? Maybe a wearable sampler/synth. Maybe a sensor platform. Maybe a control system. Who knows? The future is a weird place and I can only hope to make it weirder.

19 thoughts on “My 3D-printed Big-Ass SmarTwatCh”